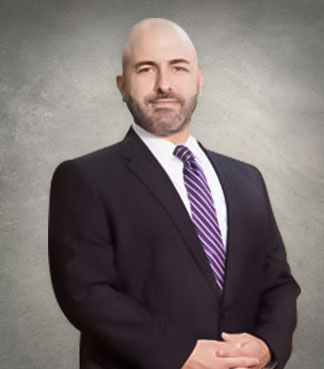 Founding partner to The Law Office of Silverman, Mack & Associates, Joshua Silverman is a 2001 graduate of the University of Florida Fredric G. Levin College of Law and an experienced former prosecutor with the Florida State Attorney’s Office in Gainesville, FL. Mr. Silverman brings a wide variety of legal experience to the firm, having worked extensively during his five years as a state prosecutor in the practice areas of child abuse, domestic violence, and sexual offenses. He also handled various criminal law and family law matters, ranging from routine crime to serious misdemeanors and felonies, such as cases regarding DUI and homicide.

As an experienced litigator and distinguished Gainesville attorney, Mr. Silverman’s expertise is widely recognized both by his peers and his clients. He served as an Executive Board Member to the Florida Association of Criminal Defense Lawyers, Eighth Judicial Circuit from July 1, 2008, to 2012. Mr. Silverman is a Barrister with the James C. Adkins, Jr. American Inns of Court in Gainesville, which attained platinum level for the Achieving Excellence program from 2012 to 2013. The American Inns of Court is a voluntary professional organization whose goal is to foster excellence in the legal community. His expertise is further recognized by organizations that determine ratings to the legal community. He currently has the highest possible rating — 10.0 Superb — with Avvo, a website that provides attorney information and ratings, which are comprised of public record background data, published Internet sources, and lawyer-provided information about his or her legal experience and professional achievements. Furthermore, Mr. Silverman has a client rating of 5 out of 5, which is considered Preeminent, by Martindale Hubbell, the leading national legal directory.

Speak to an Attorney

To schedule a consultation with one of the distinguished Gainesville Criminal Defense and Family Law Attorneys at The Law Office of Silverman, Mack & Associates, call us today at (352) 337-8373, or contact us toll free at (800) 871-8454